In an especially moving scene in Gladiator, a soulful Maximus looks into the middle-distance as his gravelly baritone reverberates over the fields of barley, and he utters the immortal words…

Rome wasn’t built in a day. 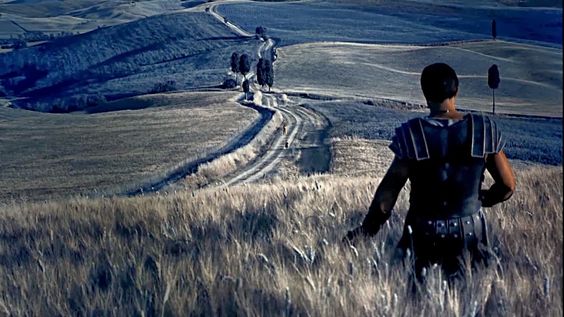 This doesn’t happen, but it’s a good segway. At the weekend, I managed to join instagram using nothing but a laptop and a nokia last seen in shops around 1984. I achieved this in less than a day.

Comes the chorus from the hypnotic glowing interfaces. Instagram has been around for almost a decade, get with the program. Well, as it turns out, instagram is a smartphone only application.

You don’t see this fellow tapping away on his laptop do you.

His laptop has instead blurred into the background behind a succulent as he signs into instagram from a smartphone, ignoring the strawberry shortcake parfait to his right to keep the crumbs well away from his Okayama denim shirt.

But being the proud owner of this bad boy meant instagram was an option that had remained closed to me.

GET A SMARTPHONE YOU FOOL.

But I didn’t want to. My reticence came in the form of a quiet voice whispering to me, one that hated being the hostage of the next email or a notification or intrusion that kept me locked in an intensive relationship with my phone. I thought having a nokia with all its limitations would afford me a certain type of freedom.

Is a good question.

Something about seeing what all the fuss is about, being aware of what I was missing, keeping my enemies closer. Probably because I’d read about the mini-endorphin hit one is meant to get from being on the receiving end of an instagram ‘like’. And how I could do with a few of those, maybe even get a follower or two, while being careful to not make it the sole currency or source of my validation, because that would be weird.

SPIT IT OUT THEN MATE.

Was this even possible? Apparently so.

This wasn’t going to be easy.

I looked at some video tutorials to get started, but their ambient soundtrack made me want to roll a phat one and float downstream, which would get me nowhere. So I closed YouTube and went read-only.

1. To kick things off, I had to download a program onto my phone called Bluestacks.

3. I then had to run the instagram app through Bluestacks, making sure it was setup properly, but being careful not to absent-mindedly simply run it through my mac because it would pick up on the fact that it wasn’t a phone, thus making instagram unusable because it is a smartphone-only application.

4. Basically Bluestacks was fooling my computer into thinking it was a smartphone.

5. Then came the first big hurdle. Blustacks didn’t want to connect to the internet.

6. There was a way around this.

7. What i had to do was download something called ES File Explorer.

8. Which took quite a long time.

9. This then allowed me to get onto a rather pixelated faux ‘smartphone screen’ from my desktop.

12. If I then wanted to upload photos of my daily life – since I gather this is what instagram is for – to update people you don’t speak to about your life, well-constructed selfies, brunches you’re about to enjoy, photos of your children, holidays you’re on with friends, making sure to render the photos as desirable as possible to leave the people you don’t speak to in no doubt that you are on top of things and that your life is great, so when you see these people, they know exactly what you’ve been up to and you don’t have to waste time with smalltalk, if I wanted to do all of this, then the process was as follows.

13. I would have to get out my trusted Canon G5X, since the pixels on my nokia phone camera just didn’t cut it, and snap away at these photos of my well-constructed life, perhaps even mould my life into instagram-worthy snapshots, so people could keep abreast of what I was up to, while I was at it.

14. But most importantly, making sure to keep the photos spontaneous-looking, as if they had been caught in the blinking of a smartphone’s eye.

15. Finally, upload them onto my computer with a usb cable once I got home.

17. Posting was a bit of a minefield. The fake smartphone interface was so pixelated that I literally had to write posts with my eye 3mm away from the computer screen, which as you can imagine didn’t do my retina the world of good.

18. So all in all, one post took me on average the wrong side of 35 minutes. Not what one would describe as insta, but not too bad.

So what does the future hold.

My thinking is the relative labour-intensiveness of the whole process might make me more discerning with what I post, and as a result my quality control will take care of itself. But that’s for my followers to judge. So four days in, how is it going? Well as you can see I have three times less followers than people I follow, which in instagram-speak means for every one person that likes me, three people hate me and everything I represent.

Each unfollow is like a knife through the heart, but I know I just have to ride out these tricky first weeks.

And I’m seeing my therapist on Monday.

HOW LONG YOU GONNA STICK AT IT THEN MATE.

I dunno. Until I get enough personal validation to make me happy I suppose. But not past the point where I start measuring my sense of worth by how many followers I get, or how many people like my posts, that kind of thing. Just find a sweet spot between the two.

So keep your eye’s peeled for some from-the-hip gramming guys.

Freezing All News Intake During A Pandemic